The full Moon in October is traditionally referred to as the Hunters Moon. It is the full moon that follows the Harvest Moon in September. In medieval times people after having gathered in the harvest would use the light from the Hunters Moon to hunt animals to provide meat for their store over the winter months. 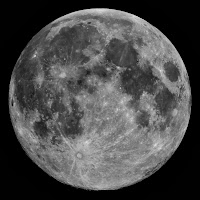 The Hunters Moon
Posted by The Rambling Astronomer at 08:29 No comments:

It is surprising just how many people know how to find the Plough in the night sky. For such a well known group it does have a variety of names. Some people refer to it as the Great Bear or Saucepan, while the Americans call it the Big Dipper.

At the moment from Britain the Plough can be found low in the sky in the north west. Once located you can  draw a line through the two end stars of the blade upwards to a fairly bright star all on its own. This is the North Star. This star was so important in the days when people used the stars for navigating by.


Posted by The Rambling Astronomer at 07:23 No comments:

The Moon and Venus

Hello my name is Martin Lunn, former Curator of Astronomy at the Yorkshire Museum in York. Welcome to my new blog. I am a beginner to Blogging!!

Look low in the south west after Sunset and see the waxing crescent moon just above a very bright white star like object. This is the planet Venus. 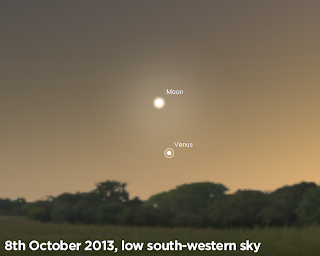 .
Posted by The Rambling Astronomer at 06:10 No comments: