On the Astronomy Show this week I will be looking at the close encounter of the Cassini kind as the NASA  probe dives between the atmosphere of Saturn and the rings. The results should be fantastic but it is dangerous. Find out why this afternoon.

I am starting a new monthly feature I will be taking a flick through the pages of the two main British astronomical magazines Astronomy Now and Sky at Night as they become available towards the end of each month to see what they are featuring.

The regular features of the show include the A-Z of constellations this week Corona Borealis the Northern Crown while the Messier marathon continues with M 25 in Sagittarius.The astronomical scrapbook looks at what happened this week in history astronomically speaking. This together with details of astronomy meetings in the North.

The Astronomy Show with Martin Lunn every Wednesday afternoon on Drystone Radio 103.5 FM or listen on line at www.drystoneradio.com or even hear the show on the podcast.

Posted by The Rambling Astronomer at 00:56 No comments:

Assuming that the astronomers have got heir calculations right and the asteroid 2014 JO25 does miss the Earth, I will be presenting the Astronomy Show today.

I will be looking at the crowded space around the Earth with all the satellites either working or non working and the thousands of  small pieces  of satellites that are now causing great problems for people trying to place more satellites including communications satellites in orbit around the Earth. All the suggestions are that there will be vast numbers launched in the near future.

The astronomical scrapbook will be looking at the anniversary of the death of John Goodricke in 1786 he was one of the 'Fathers of Variable Star Astronomy', plus the Titanic eclipse, an annular eclipse of the Sun a few days after the Titanic sunk.

The Messier Marathon continues with M 24 in Sagittarius, the A-Z of constellations takes us to Corona Australis, the ramble around the solar system continues with Saturn the famous ringed planet, this plus the latest astronomy news and a round up of what is going on in the astronomical societies in the north.

The Astronomy Show on Drystone Radio 103.5 FM, if you can't pick up the show on the radio you can also hear me on line at www.drystoneradio.com or listen to the programme on the podcast.

Posted by The Rambling Astronomer at 00:28 No comments:

On the Astronomy Show today I will be looking at the Plough or Big Dipper as our American friends prefer to call it. It is high overhead in the spring sky and of course it is one of the main signposts in the sky for for finding our way around the night sky.

The night sky is now being dominated by Jupiter, the largest planet,  it is also the next planet on our journey through the solar system.

The usual features will continue the A-Z of constellations this week looking at Coma Berenices, the Messier Marathon continues with M23 in Sagittarius. The latest astronomy news includes news that there is another asteroid passing by the Earth on April 19th, it will miss us by about 1 million miles which is just as well as it is about 1 miles across.

The astronomical scrapbook looking at historical events this week in history will include the death of Charles Messier on April 12th 1817. There will also be the usual look at what is happening in the astronomy societies in the north.

The Astronomy Show with Martin Lunn on Drystone Radio 103.5 from 3.00 pm - 5. 00 pm every Wednesday afternoon. You can listen on line at www.drystoneradio.com or catch the programme on the podcast.

Posted by The Rambling Astronomer at 01:28 No comments:

This has nothing at all to do with Easter Eggs!

We see a full moon each month of the year. The April full moon occurs on April 11th. They all have  their own names, these can be linked to seasonal changes and can be dated back to the monastic period of history from the 8th century. 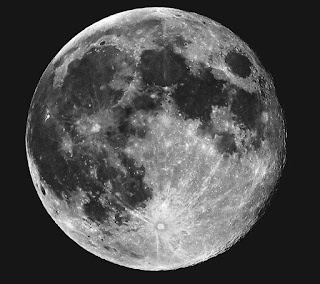 April sees with the lengths of daylight increasing and the temperature getting warmer, which means people who keep free range Ducks,Hens and Geese will see them start to lay more eggs.

The monks would have kept these birds and would have been aware that April would have seen the increase in the number of eggs being laid, hence the name of the April Full Moon, the Egg Moon!

Posted by The Rambling Astronomer at 02:05 No comments:

The first Astronomy Show on Drystone Radio of April and there is so much going on!

The seasonal change over in the night sky from winter to Spring is almost complete, I will take at look at what can be seen in the spring sky.

In the astronomy news there has been yet another NEO (Near Earth Object) passing close by. The Sun has had a dearth of sunspots recently  but then a behemoth of a spot appears.

I will be looking at the usual features with the A-Z of constellations continuing with Columba the Dove, the Messier marathon is now at M22 the Great Sagittarius Cloud and our ramble through the solar system continues with Mars the Red Planet. This plus the astronomy scrapbook and the latest news from astronomy societies around the north.

The Astronomy Show every Wednesday 3.00 pm-5.00 pm Drystone Radio 103.5 FM listen on line on www.drystoneradio.com or catch the show on the podcast.

Posted by The Rambling Astronomer at 01:07 No comments: