If you have ever followed my blog you will know that I was Curator of Astronomy at the Yorkshire Museum in York until I retired in 2011 and I present a weekly radio show on Drystone Radio which is called not surprisingly the Astronomy Show. What people might not know is that apart from astronomy, another great interest of mine is military history so I thought that with the coming of 2019 and the 80th anniversary of the start of the second world war that I would see if any there were any major dates that occurred during that conflict that also coincided with astronomical anniversaries.

Here is the first, and it starts before the war started, but it was an event that had major implications for people in Europe.

This blog will begin on September 30th 1938 with the British prime minster Neville Chamberlain returning back to Britain after a meeting with Adolf Hitler in Germany Chamberlain had a piece of paper which he waved to the crowds and proclaimed that there would be peace in our time. The paper referred to the Munich agreement which allowed Nazi Germany to occupy certain parts of the country then known as Czechoslovakia. This area of Czechoslovakia was known as the Sudetenland. 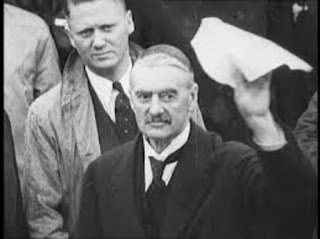 September 30th 1550 the German astronomer Michael Mastlin was born, a professor of mathematics and astronomy, one of his pupils was Johannes Kepler who is best known for his laws of planetary motion and for his observations of the supernova of 1604 which is usually referred to as Kepler’s
Star. 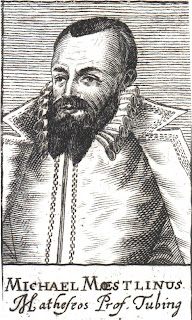 September 30th 1975 Charles Kowal and Elizabeth Roemer discovered Themisto a small moon of Jupiter. There were not enough observations of the orbit of the moon at the time of discovery and it was subsequently lost only to be rediscovered again in 2000. Themisto is only about 5 miles in diameter and is named after the daughter of the river god Inachus and lover of Zeus.

Posted by The Rambling Astronomer at 13:06 No comments:

Is Pluto a planet? A new paper recently published has opened the decade long debate. I know that some people want Pluto to be re established as a planet while many want it left as a dwarf planet. On the Astronomy Show today I will be looking at this argument that has been rumbling on for the last 12 years.

There will be the usual look at the night sky including Mars which is still visible low in the south west sky and on the 16th September will be at Perihelion or closest point to the Sun in its annual orbit. There are also some close encounters between the planets Jupiter and Saturn with the Moon just after sunset.

Other regular features include the astronomical scrapbook looking at anniversaries that happened this week in history including on the 17th September 1764 the birth of John Goodricke the deaf astronomer based in York who was one of the 'Fathers of Variable Star Astronomy'. This plus the A-Z of constellations in which we look at Scorpius the Scorpion with the Messier Marathon has reached M75 in Sagittarius. This plus  a round up of all the latest astronomy news from the past few days. There will also be a round up of what is happening in the astronomical societies in the north.

The Astronomy Show only on Drystone Radio 103.5 FM, every Wednesday afternoon  between 3.00 pm and 5.00 pm. You can hear the show live via the internet at www.drystoneradio.com or listen later on the Drystone Radio podcast.

There will be no Astronomy shows on the following Wednesdays, September 19th, September 26th and October 3rd. The next Astronomy Show will be on Wednesday  October 10th. This is due to me working in schools with my Stardome Planetarium when I will be teaching children all about the wonderful world of astronomy.

Posted by The Rambling Astronomer at 00:55 No comments:

The Astronomy Show is back today, I have returned from my visit to Norway presenting a series of astronomy talks on one of the many cruise ships that visit that wonderful part of the world.

On the show today I will be looking at NASA's Spitzer Space Telescope which is 15 years old and still going strong. Launched back in 2003 Spitzer had a projected life time of 2.5 years, I will be looking at the many of the fantastic discoveries Spitzer has made including a new ring around Saturn and the detection of the 7 Earth like planets orbiting the star TRAPPIST 1.

In the night sky this week we have to start getting used to a lack of bright planets that can be seen  only Mars is still easily visible early in the evening sky although even the red planet  is now to be found low in the south west. As a compensation over the next few days for people up before sunrise it is possible to see Mercury about 45 minutes before the Sun rises in the east, Mercury is the closest planet to the Sun. There is also the possibility of one of the minor meteor showers of the year the September Perseids producing a major outburst on September 9th I will investigate what is happening.

The other regular features include the latest astronomy news from the past few days including the New Horizon space craft which flew past Pluto in 2015 has now spotted its next target which has been nicknamed Ultima Thule. Did a micrometeorite poke a hole in the International Space Station? Everyone on board is safe and the hole has been repaired, and there could more water on Jupiter than that is found on Earth.

The A-Z of constellations is at Sagittarius the Archer while the Messier Marathon has reached M 74 in Pisces. The astronomical scrapbook looks at anniversaries this week including the 100th birthday of Katherine Johnson one of the women 'computers' who worked at NASA in the 1960s and helped put Americans into space, and she was black and led a team of black women 'computers'. Their incredible story is told in the film 'Hidden Figures'.  On September 2nd 1859 the Earth was hit by the Carrington solar flare the largest recorded flare to hit the Earth, it wiped out the world's communication system which at the time was the telegraph system. All this plus the latest news from the astronomical societies in the north.

The Astronomy Show only on Drystone Radio 103.5 FM every Wednesday afternoon between 3.00 pm and 5.00 pm, you can hear the show live on line at www.drystoneradio.com or listen to the show later via the Drystone Radio  podcast.

Posted by The Rambling Astronomer at 01:32 No comments: