We (Bombay Builder) have had the pleasure of seeing a most compact and useful clinometer and manufactured by Messrs T Cooke & Sons London and York. We understand the government intends to issue them to the public works department; and we have every reason to believe that the instrument will be generally made use of by the railway and other professional men for trial work.

A gentleman who has used the instrument says, “It is impossible to over rate the advantage of this instrument, A trial path, which would have required weeks to set out by chain and level as it would have been necessary to cut down the jungle and make platforms for the instrument to stand on, was marked out in a few days and with quite as much accuracy.

The only mistakes that can arise are from the accidental slipping of one of the cross pieces , or from moving one of the radial arms of the instrument. It is only requisite to take a glance at the face of the instrument while the hand rests upon the cr0ss piece, to ensure its accuracy. The ease and quickness with which the instrument was used made the marking out of the trail path a pleasure to the observer, who would feel like Pegasus deprived of his wings if he had to do another under similar circumstances with level and chain instead of clinometer. 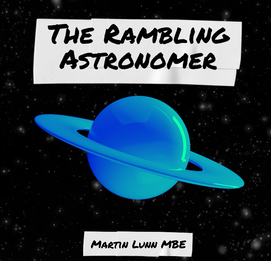 Posted by The Rambling Astronomer at 06:23